To show the CLT in action, I have provided an example using a data set from the video game PlayerUnknown’s Battlegrounds (PUBG). This is a game similar to Fortnite, where it consist of 100 players being dropped on the same map. The goal of the game is to eliminate all other players and be the last one standing. What we are focusing for this example is the duration of a match. Below you will see a distribution of the match lengths. It is bimodal since it has two peaks around 1400 and 1800 seconds. The mean is equal to 1579 and the standard deviation is 264. 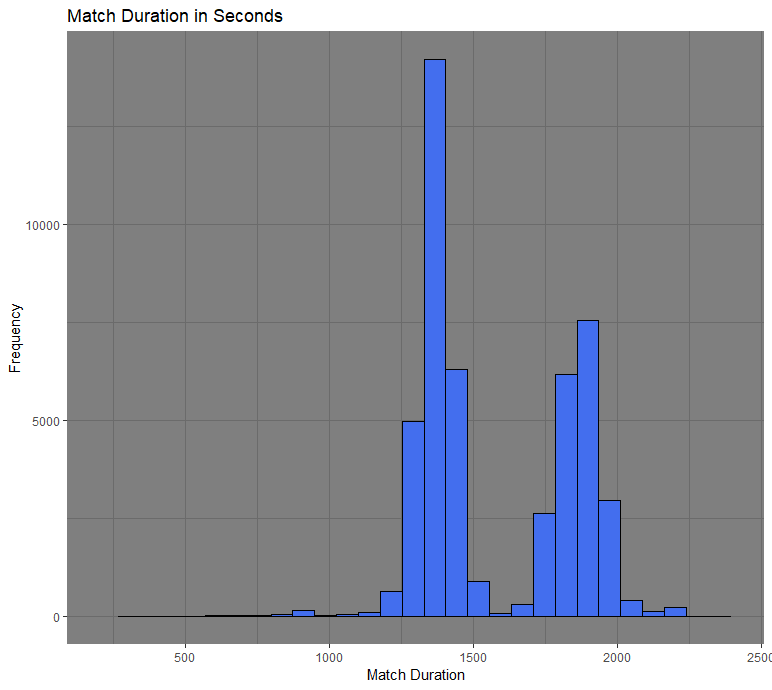 The next step is to get different sampling distributions with increasing sample sizes. The following graphs consist of 500 random samples of sample size 5, 20, and 50.

The CLT is a powerful theory that allows us to perform inference for the population mean. We are able to create confidence intervals and do hypothesis testing, which rely on the normal distribution. Even though the original distribution might not be normal, the CLT assures the sampling distribution for the means will be.